Phone Seminar: “Is a Joint US Defense Pact Actually a Good Idea?” 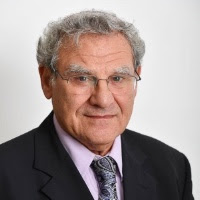 At EMET’s 2019 Rays of Light Dinner on June 12th, Senator Lindsey Graham announced that he aims to have a new US-Israel Defense Treaty voted on by the Senate next year.  Sen. Graham stated that the treaty would show the Islamist regime of Iran that “an existential threat against Israel is an existential threat against the United States.”  The Treaty would add Israel to the list of NATO allies which have mutual defense commitments with Israel, and its supporters suggest it would help solidify Israel and America’s relationship.

While at first blush the Treaty seems beneficial, it has within some inherent pitfalls, and would likely create more problems for the State of Israel. Please join us for a conference call with Professor Efraim Inbar on the proposed US-Israel Defense Treaty, and the number of reasons why the Treaty would, in fact, not be beneficial for the US-Israel relationship.