“Religious Minorities in the Middle East” with Rev. El Shafie 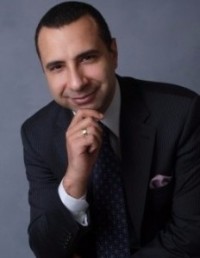 Lunch to be served. All dietary laws observed.
Please direct any questions to dheffernan@emetonline.org

In June of 2015, Islamic State took control of Mosul, Iraq.  ISIS militants went into towns and penned in red paint an Arabic “n” for Nazarene, a Christian slur, over Christian homes, to demarcate what Iraqis would be subject to religious persecution.  This is just one example of the current dangerous religious persecution occurring in the Middle East.

The modern growth of radical Islam inside the Muslim world has resulted in increasing persecution, and sometimes even massacres, of Christians, Yazidis, Zoroastrians and other religious minorities in the Middle East. Most of the Middle Eastern nations, including Iran, Iraq, Syria, Libya, the Islamic State, and Saudi Arabia, discriminate against Chaldean Christians, Assyrian Christians, Armenians, Yazidis, Baha’is, etc. In these Muslim majority nations, non-majority Muslims and non-practicing Muslims are also persecuted for not being “Muslim enough.” In Iraq, thousands of Yazidi women have been sold into sex slavery, and those who were captured while pregnant were forced to have abortions before becoming Islamic State sex slaves. Before the Syrian civil war broke out in 2011, the historic Assyrian Christian community numbered 2 million.  In 2013, the “Free Syrian Army” rebels massacred 45 Christian men, women, and children in Sadad, an ancient Orthodox Christian town.  Today, many Assyrian Christians have been murdered by Syrian rebels, Islamic State militants and sold into sex slavery — close to half have fled Syria. Even more moderate Arab nations, such as Egypt, have seen extensive persecution of Coptic Christians.

To discuss this growing problem in the Middle East, EMET is proud to bring in the Rev. Majed El Shafie.

Rev. Majed El Shafie is the founder of One Free World International: a voice for the voiceless. Conducting daring rescue missions, building bridges between communities, advocating for changes around the world, and raising awareness about those who are persecuted for their beliefs. His human rights journey started in his native Egypt. After being severely tortured and sentenced to death for his conversion to Christianity and bringing awareness to human rights violations, Majed was forced to flee his homeland.

Belonging to a very prominent legal and political family in Egypt, Rev. El Shafie had tried to work within the Egyptian system to reform the country’s human rights regime. Between the challenges he faced in these efforts, his firsthand experience as a survivor of religious persecution, the work he has engaged in since advocating for religious freedom, confronting governments that violate this fundamental right, and conducting fact-finding missions and humanitarian/rescue operations, he has obtained significant knowledge and insight into the dynamics of persecution of religious minorities by religious extremists and totalitarian governments alike.

He has organized and led delegations of parliamentarians and religious leaders to address minority rights and humanitarian issues with government leaders, including several cabinet ministers and other high-level officials, opposition leaders, and religious leaders among others in Pakistan, Afghanistan, Iraq, Israel, and Cuba.

Leading North American and international news media have featured his work which has also been the subject of an award-winning feature-length documentary entitled the “Freedom Fighter” and subsequently the book the “Freedom Fighter” was published depicting Rev. El Shafie’s fight for “one free world”.